The kids of One Family 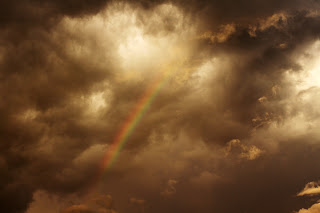 One Family in Christ Jesus Church is doing a month long series on "Family". I was scheduled to preach yesterday and I took on Marriage and Ephesians 5:21-33, specifically what Paul does and doesn't say about submission. I had some fear that when I finished we all might be run out of town for challenging the power structure, instead a man stood up and confessed to the congregation that he had been excluding God from his marriage. He confessed that he had not been loving his wife as the Bible teaches and as a result his marriage is failing. He confessed that he had abused his role and used it as a means to dominate. He doesn't belong to this church, he's not even from this area. He was just passing through and felt called to come to the service because he felt God drawing him to something he needed to hear. He said that he felt like I was speaking directly to him and he heard the truth in the words. He asked all of us to pray for him, his wife, and their marriage which has become abusive. He committed to change his ways and to invite God into his marriage and we all prayed that God would restore his relationship with his wife and his children. Before I spoke yesterday I prayed that God would prevent me from saying anything that is not true, anything that contradicts his word and will, and that he would make His words my words. Jen told me later that she had prayed something similar. I am grateful to have been a conduit for Truth. Please join me in praying today for marriages and for restoration of families in this community.
Peace
Chris